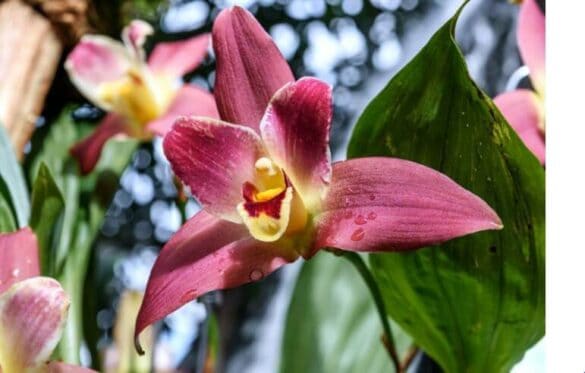 Native to Central and South America, this orchid is the national flower of Guatemala, and considering its beauty, this is easy to understand. Named for the king of troy, Priam’s daughter, it thrives in partial shade, high humidity, and a moderate climate.

The generally epiphytic Lycaste orchid that grows mostly on trees, has more than 30 species that are generally divided into four subgroups, two of which are macrophyllaes or evergreen and two are deciduous with the principal difference regarding the dormancy period. The deciduosae will drop foliage and then regenerate leaves with every new season. Macrophyllaes retain leaves during the rest period. There are also lithophilusLycastesthat grow attached to stones with moss or may grow on decaying foliage found on the ground.

The Lycaste will generally bloom in the springtime. Beautiful vividly colored long-lasting flowers that can be medium-sized or large in dimension and appear as multiple blooms on this unique orchid specimen. These waxy blossoms may measure two to three inches on medium-sized specimens or an impressive three to six inches in width on larger plants. Flowers are known to be long-lasting.

Some larger exemplars are particularly impressive as they can produce multiple spikes and upon blooming, offer a delightful display of blossoms. Broad foliage appears pleated and has a lifespan that averages two years before they drop with flowering. The Lycaste is also pleasantly fragrant that can range from a citrusy lemon to spicy cinnamon.

Caring for the Lycaste Orchid 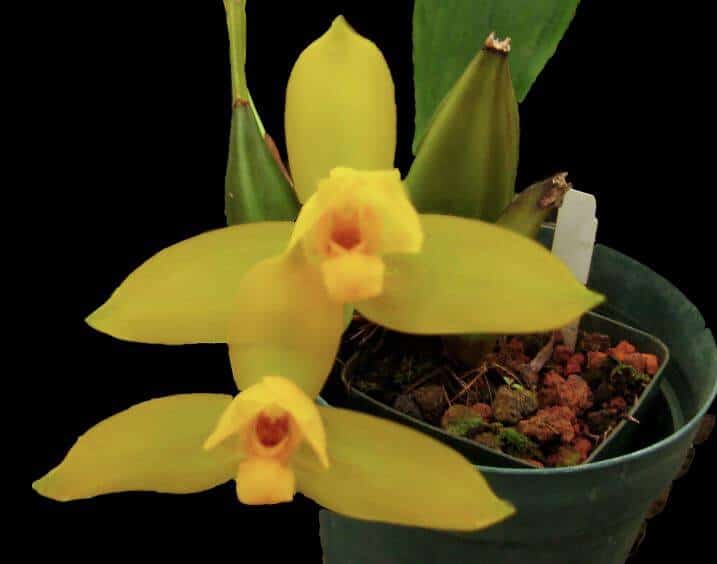 The Lycaste orchid needs a potting medium that retains moisture but is sufficiently porous for good drainage. Sphagnum moss or orchid bark are suitable choices. When using bark, a little peat should be mixed in to aid in moisture retention.

These orchids need generous light that is not overly intense, but bright and indirect. Morning light is best. Should your orchid b positioned in a south-facing window, it will need filtering such as a sheer curtain especially from February through October. From June through the end of autumn, the Lycaste can be cultivated outdoors if provided with filtered light thanks to other vegetation.

Orchids should not be exposed to direct sunlight for prolonged periods as the foliage will suffer sunburn.

For indoor cultivation, LED grow lights can be used. Too little light will result in fewer flowers.

During warmer weather, your orchid will benefit from a combined approach of watering and misting. Misting should not be exaggerated as this can encourage mold. Water can be slightly reduced from November through January. When flower spikes appear, resume regular watering.

Keep an eye on the pseudobulbs. If they stay plump and full, your watering schedule is fine. Shriveling pseudobulbs indicate that water is insufficient. Root rot indicates overwatering.

Should you decide to repot during your orchid’s growing season, do not water for three days after repotting has taken place. This is recommended so that any breaks that occur during repotting have time to callous over.

If you have a home dehumidifier, you can use the collected water from the machine for your orchid.

Lycaste likes humidity ranging between 60% and 80%, so if you are not considering placing this orchid in a bright bathroom, consider using a space humidifier or a pebble tray placed underneath the plant. Roots should not be allowed to stand in water or root rot will set in.

If you cultivate your orchid outdoors, when you bring the plant inside in the autumn, place your plant in a cool spot with bright indirect light.

Orchids benefit from fertilization, but specially formulated orchid food should be used. Orchid food replicates the nutrients that the orchid plant would find in its natural habitat.

End feeding with the arrival of September, as your orchid will begin preparing to enter dormancy. A period of rest is essential to the next season’s blooming. 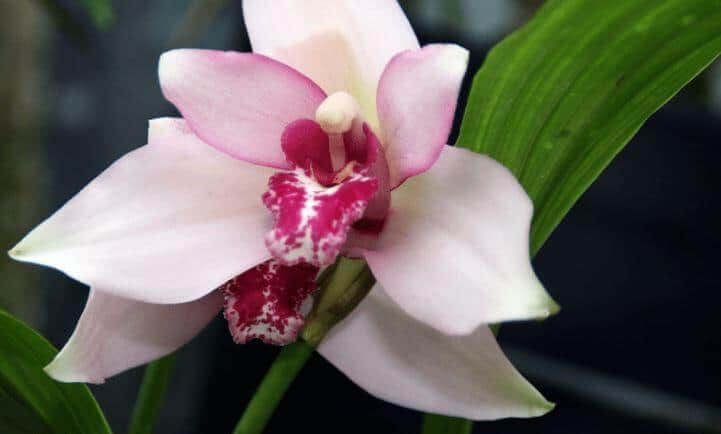 Lycaste orchids are clean plants that require very little pruning or grooming. Blooms and foliage will grow toward their light source. Some rotation will benefit the overall development of leaves and blooms. Spent blooms can be removed. Leaves can also be gently tied for better viewing of flowers.

Potting and Repotting the Lycaste 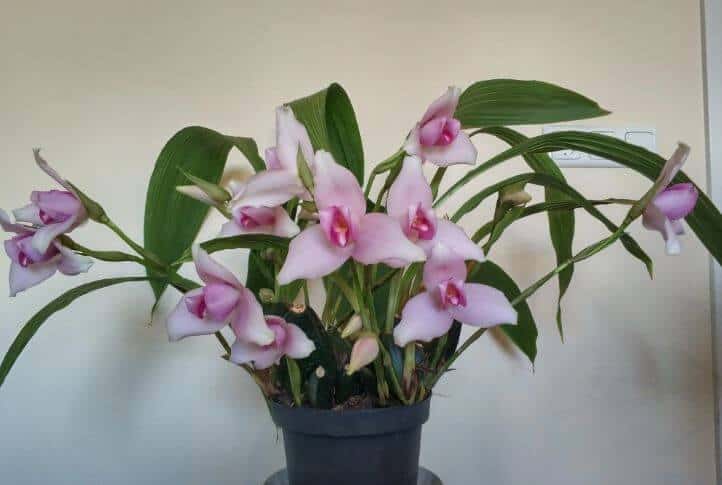 The Lycaste has an extensive root system. Orchid roots should ideally not be disturbed. This means that you should repot only when the growing medium breaks down.

If you wish to divide your orchid plant and repot, wait until after the blooming period has ended and new growth reaches here to six inches high. Always select a container that allows for a couple of years of growth. Remove any dead or dying roots and old compost gently, so as to not damage living roots.

Consider that if you use tap water regularly, you will need to repot more often due to mineral buildup. 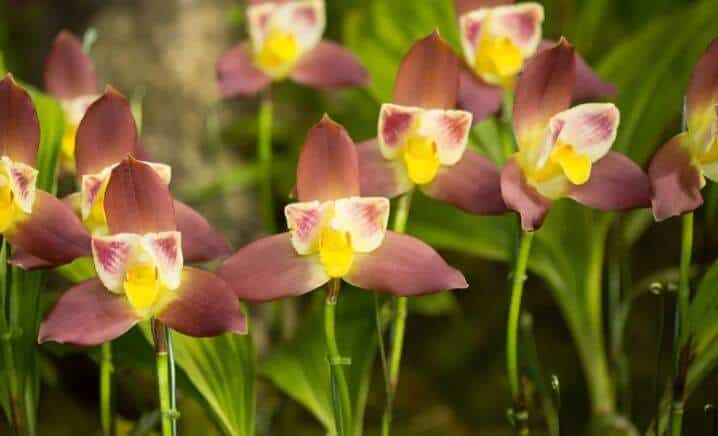 To propagate your orchid, division is the best solution. You can divide your Lycaste when it has developed a minimum of six pseudobulbs. When dividing, each orchid section should include three to four new green bulbs and new leads. Older mature bubs will still be able to produce flowers but will require longer to do so. Pseudobulbs without foliage should be removed, if possible, without damaging the plant.

Lycastes are primarily susceptible to slugs and scale.  Slug bait can be used but is generally toxic so use it with care. The papery sheaths typical of pseudobulbs need to be removed to limit scale infestation. For scale elimination, a systemic pesticide is best.

These orchids are non-toxic to family pets.