When To Start Hollyhock Seeds Indoors

Hollyhocks are a treat to the eyes with their big beautiful flowers. It is only natural for you to want one for your indoor plant collection or for your garden. You can either get a plant from a nursery, or you can grow your hollyhocks from seeds by yourself.

Here is all you need to know about hollyhocks to grow them from seeds.

Alcea rosea is the scientific name of this ornamental dicot flowering plant. It belongs to the hibiscus or mallow family (Malvaceae). This family of plants has 1,500 different species, out of which twenty-seven are found across North America.

Although it is seen worldwide, this plant is native to China and the area around the Eastern Mediterranean Sea. It was imported to Europe during the 15th century or possibly even before that.

The name “hollyhock” comes from “holyoke”–a name that was given to this species by a herbalist of the time called William Turner. It has been considered an emollient and a laxative in herbal medicine.

In herbal medicine, it is used to control inflammation and to stop bedwetting. To prevent bleeding from gums, it is prescribed to be used as a mouthwash. 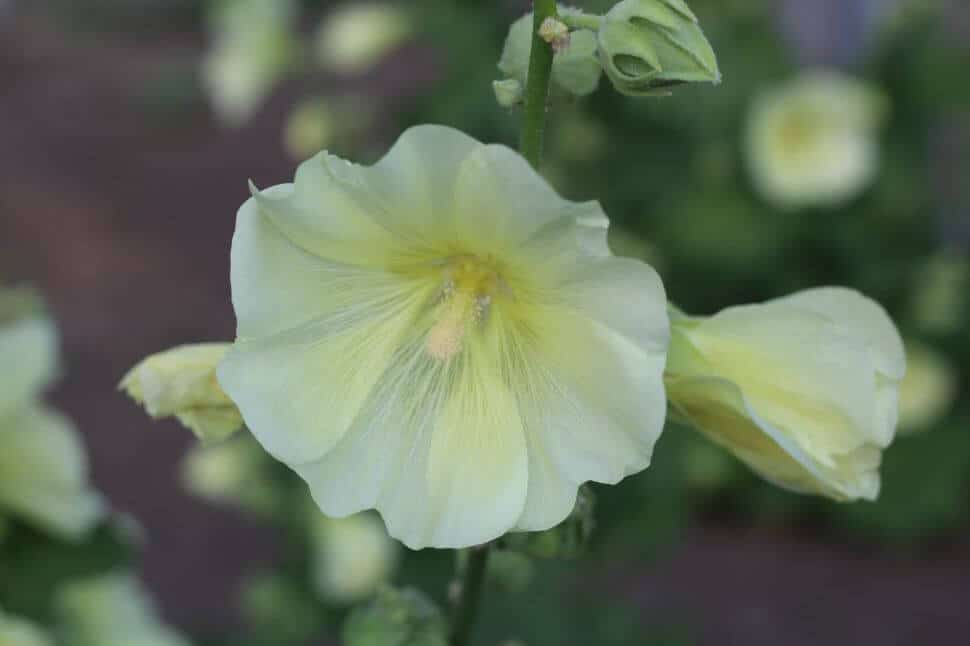 The beautiful flowers of hollyhock are on the large side measuring 5 inches across each. They grow along the upper portion of the stem. The flowers are known to attract butterflies and hummingbirds.

The leaves of the hollyhock are large and heart-shaped. Each leaf has five to seven lobes. The plant is also on the taller side, growing up to 5–9 feet tall.

There are different colors of hollyhock flowers to grow, ranging from light shades of white, yellow, and orange to darker shades of pink and dark red. The different flowers prefer different kinds of soils. The darker flowers want sandy soils and the lighter ones prefer clay soils.

These plants reseed easily and are even considered invasive species in some regions outside their native growth.

Hollyhocks are hardy enough within the USDA hardiness zones 3 and 8. In areas with severe winters, they need more care and protection, although they can handle a little cold. In areas with permafrost, it is advised to plant them in a container and not outdoors.

These plants don’t do well in scorching temperatures either. If the temperature stays around 90 degrees Fahrenheit, they would not grow. They need protection from extreme weather and severe hurricanes and rainstorms.

When to Plant Hollyhock? 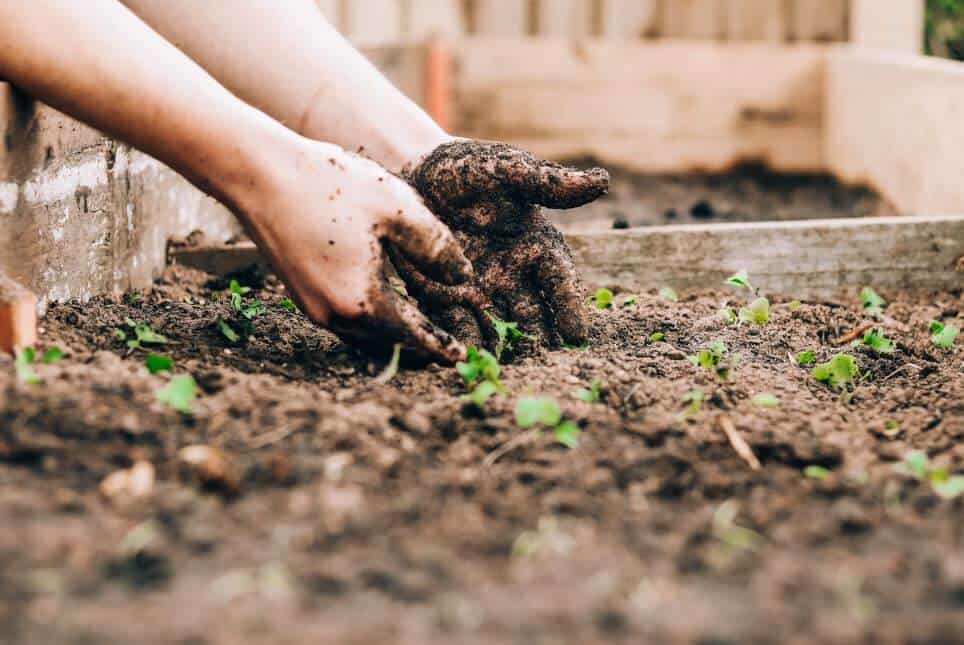 To grow hollyhocks from seeds, you need to know when to start hollyhock seeds indoors. It takes about nine weeks from sowing seeds indoors to transplanting seedlings outdoors.

How to Plant Hollyhock? 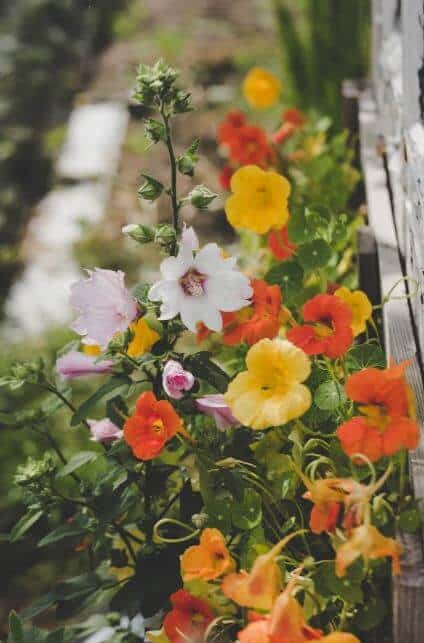 Before sowing, water treatment of hollyhock seeds is common as the seeds are large and have fairly tough seed coats. This is done to soften the seed casing, break the dormancy of the embryo inside, and encourage germination.

It is not necessary to do so if you are breaking and scattering the seed pods outdoors at the end of the growing season.

The pods should also be at least 3 inches deep as the roots tend to grow long. There should also be holes at the bottom to facilitate proper drainage.

If you are growing two seeds on one pod, space the seeds by at least 6 inches.

Remember to harden off your seedlings before planting them outdoors.

Where to Plant Hollyhock? 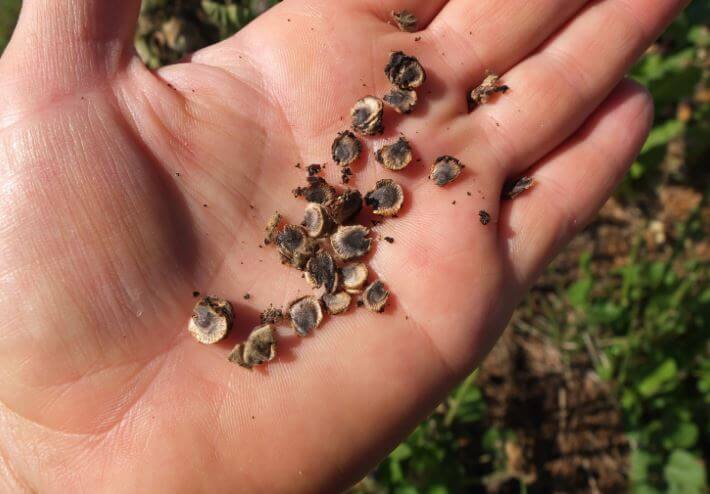 Your seedlings would be ready to be planted as soon as they are hardened off. It is better to transplant them before their roots get too long.

How to Deal with Pests and Diseases?

Seedlings are prone to attacks from slugs and snails. Japanese beetles and spider mites frequently attack them. It is advised to keep a close watch so they do not get eaten.

Usually, the flowers are not affected by these attacks although the leaves have a rough time.

There are disease-resistant varieties available to plant—you should get those. And if one of your plants falls prey to disease, completely remove it from the vicinity of other plants and destroy it.

When To Start Cauliflower Seeds Indoors

When To Start Impatiens Seeds Indoors

Kiwifruit In The Home Garden

When To Start Rosemary Seeds Indoors

When To Start Mint Seeds Indoors